Book Places on These Courses For 2019 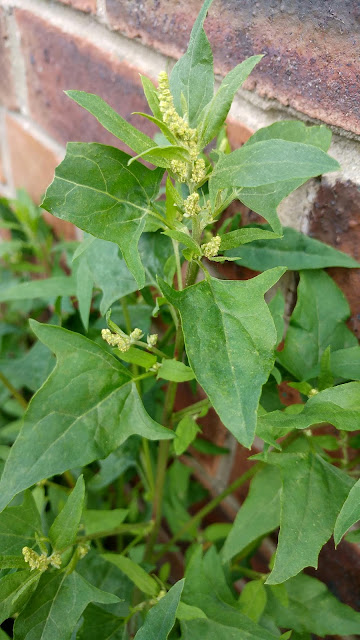 Last week I mentioned collecting some fat hen which I then used to make a quiche, to help with your identification of this particular farm 'weed' check out the picture above. Fat hen is closely related to the cultivated quinoa and those of you familiar with quinoa will recognise the similarities between the seeds of both plants. Although you will never see quite the yield of seeds on fat hen as it's cultivated cousin. While the seeds of fat hen are edible I more often use it as a green vegetable, and it can be prepared like spinach or kale. Fried in a bit of butter and seasoned with black pepper it's nice on it's own or as an ingredient in other meals and is quite a nice substitute for cabbage in stir fries or in green quiches instead of broccoli or spinach.

Keep an eye out for this plant around arable farm land, enjoy it.

If you are interested in wild food, foraging and bushcraft in general, click here to book a place on a course NOW.
Posted by Geoffrey Guy at 02:35:00 No comments:

Free food from the supermarket

We are all used to buying food from the supermarket but it is often fairly easy to get a few free meals as well. The 'grounds' of supermarkets often seem to be planted with edible species, mostly non native but edible non the less. These Japanese roses seem to be a common sight and their fruit called 'hips'  can be used to make a delicious cordial,  syrup or traditional scandinavian 'nippon sopa' or rose hip soup

Rose hips are packed with vitamin C and are absolutely delicious, just beware their seeds, they are devilishly itchy. 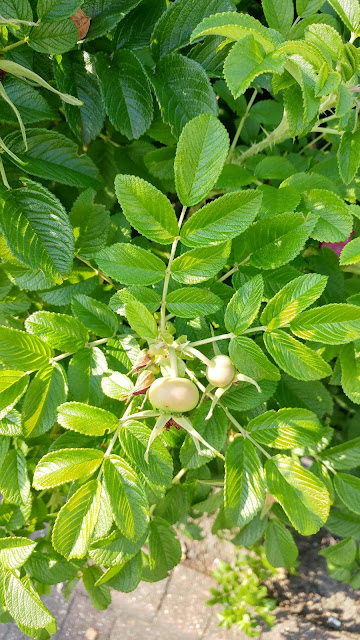 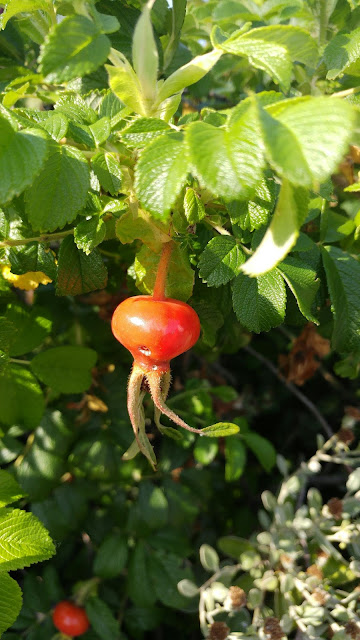 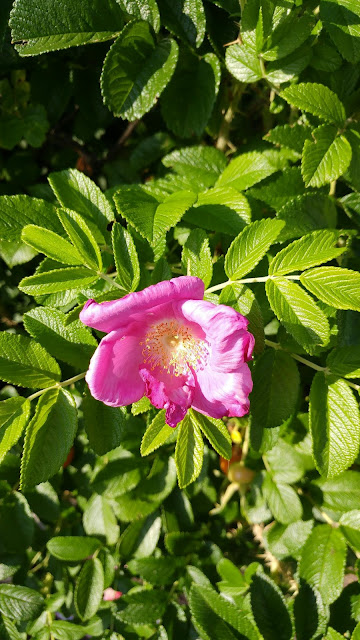 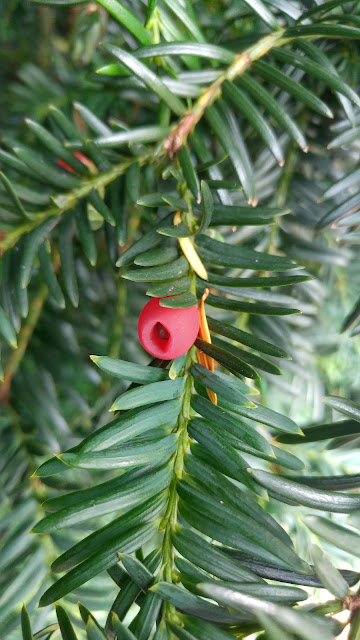 Many of you will be familiar with the fact that the English long bow was traditionally made from the wood of the yew tree, some of you may also be familiar with the 'fact' that the yew tree is poisonous, its seeds, leaves and perhaps even the smoke from burning its wood. And this is true yew can be deadly poisonous but these tempting red berries that apearing at this time of year actualy arent poisonous at all, the seeds in their centres are and it wouldn't take many of them to land you in hospital or worse but the berry itself, which is little more than sugary syrup, is fine to eat and actually quite tasty.

Do be careful with this one though.

I'm walking around the edge of Riddy Wood and spoted these seed heads. They belong to common hogweed which are a delicious edible species. Many of you will have heard of the non native giant hogweed which can cause severe burns with it's phototoxic juices but our common variety is delicious and just about every part of it is useful as a wild food. These dry seeds in particular make a wonderful spicy ingredient, somewhat similar to ginger, in baking.

I'll post another update soon to help you tell the difference between this and giant hogweed and expect many more posts about hogweed. 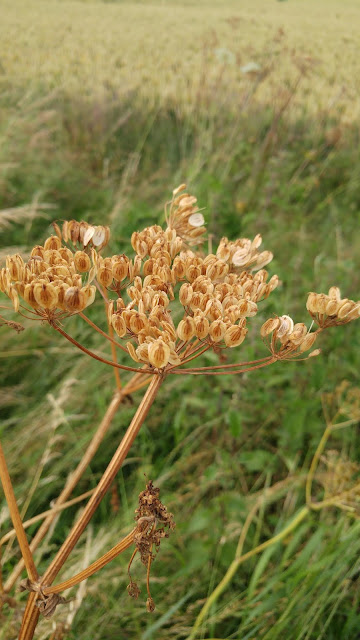 So yesterday you saw the fat hen and champignon I collected on a brief ten minute forage, now here is the quiche we made with it last night;


Wild quiches have featured on the original foragers diary series on the bushcraft education blog and in that longer blog post you will find a full recipe and ideas for other wild ingredients to use in your quiches. Check it out HERE.

If you are interested in wild food, foraging and bushcraft in general, click here to book a place on a course NOW.

Check back later in the week to see the quiche I'll be making and for some tips on identifying these two delicious wild foods.

If you are interested in wild food, foraging and bushcraft in general, click here to book a place on a course NOW.
Posted by Geoffrey Guy at 01:48:00 No comments: 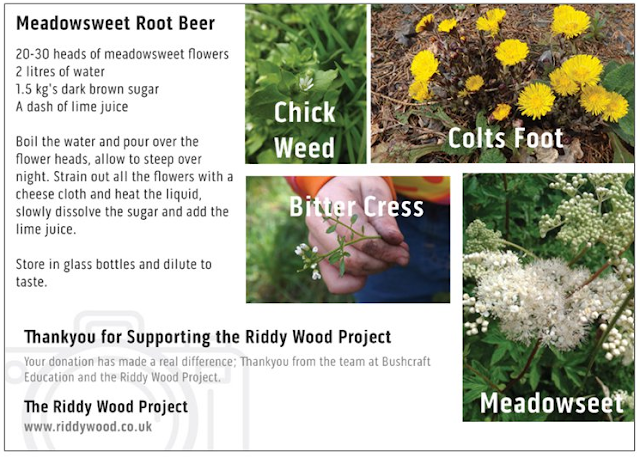 I've run the foragers diary series on my Bushcraft Education blog for a couple of years now and thought it was about time to dedicate a space entirely to foraged foods. This new blog will be a 'microblog' and wont feature the longer posts you can find on my other blog.

What I'll aim to post here are simple pictures and short updates on what foraged food I am finding or using, and I'll try and get posts up on a daily basis. This first one gives you the recipe for meadowsweet root beer which I cant get enough of at this time of year and meadowsweet will feature on here again shortly so that you can identify it yourselves and make use of it in your own adventures with wild food.

We have sent these recipes out on postcards to those who have supported the Riddy Wood Project in the past and if wild food really interests you check out some of the courses we run in Riddy Wood.


I hope you enjoy sharing my adventures in wild food and go and have some yourself.

If you are interested in wild food, foraging and bushcraft in general, click here to book a place on a course NOW.
Posted by Geoffrey Guy at 15:25:00 No comments: