Book Places on These Courses For 2019

Don't get this one wrong!

DO NOT MIX THE TWO UP.

Don't rely just on my picture here as an ID aid, do some detailed research until you are 100% certain about this species. Black nightsjade berries grow in clusters (as pictured) whereas deadly nightshade berries grow singly but are also black.

The black nightshade berries can be eaten raw on their own and in salads like tomatoes or as an ingredient in pies and puddings. 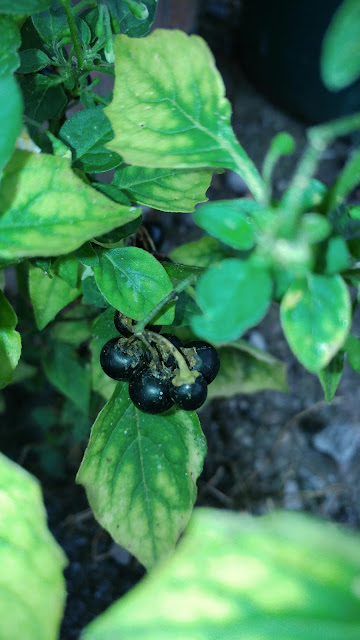